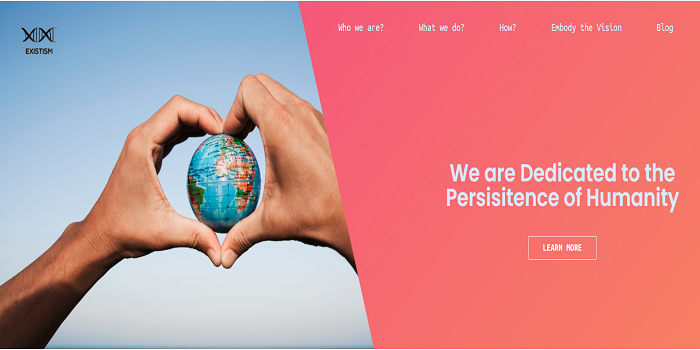 Have you ever heard someone exclaim, “Why does this always happen to me?” or “That’s just my luck.”, as if they are somehow being singled out by life? We often have this notion that everyone else has it easier than we do.

The truth is that life is hard – no exceptions for anyone. We don’t want it to be and somewhere deep inside of us we keep looking for a life that is pain free. It’s got to be out there somewhere. The truth is that a pain-free life doesn’t exist! Life is difficult and acceptance of this truth can spare us a lot of heartache.

When we resist the truth, we become angry, bitter, depressed, and on an on the list goes. In fact, psychologists regularly deal with people who can’t believe life has dealt them such a cruel blow. At the core of their beings, they really believe that life is supposed to be easy, at least for them. Therefore, when expectations aren’t met, they become angry with life and angry with God. If God is good, how could He allow such and such to happen.

The tragic thing is that Christians have also bought into this lie that life is supposed to be easy and some even propagate it. If we become Christians, we escape pain right? Well what happened to living a self-sacrificing life? We don’t hear a lot about that these days. Nobody wants to suffer. What ever happened to taking up your cross? Too often God becomes the cosmic bell-hop, if you will, to our every whim.

“We tend to look at the circumstances of life in terms of what they may do to our cherished hopes and convenience, and we shape our decisions and reactions accordingly. When a problem threatens, we rush to God, not to seek his perspective, but to ask him to deflect the trouble. Our self-concern takes priority over whatever it is that God might be trying to do through trouble….

An escapist generation reads security, prosperity, and physical well-being as evidences of God’s blessing. Thus when he puts suffering and affliction into our hands, we misread his signals and misinterpret his intentions.”

Something to think about! Certainly God is a God of blessing, but I also believe our God is actually too kind to leave us to our self-centered ways. He might just want us to learn something. God forbid that my own wrong choices and decisions would have to with any of my pain. Could it be that God is more concerned with our character than whether things are always easy?

“Jesus, although he was a son, learned obedience from what he suffered.” Hebrews 5:8

So the way I see it, there are some that probably have it easier than you and I for whatever reason, but there are no doubt those who have it worse. No one escapes pain or difficulties in this life. Acceptance of this can actually bring a lot of peace and help us to cope with life on a daily basis. With God’s help, we can learn to confront our problems rather than running from them and become better and stronger people because of it.

Over the centuries Christianity has grown immensely in popularity. I feel that why this has come to pass is because it is the only religious doctrine that is based solely on us praying in the name of Jesus to God to ask forgiveness for our sins, and forgiveness being granted by God. In John 14:5-6 (NKJV) Thomas said to Him, “Lord, we do not know where You are going, and how can we know the way?” Jesus said to him, “I am the way, the truth, and the life. No one comes to the Father except through Me.” These two passages clearly instruct each of us to ask forgiveness of our sins in Jesus name.

Our Father in Heaven knew that no matter how hard mankind tried, because of our imperfections, we would always be sinners; and sinners are not permitted to enter His kingdom in heaven. In the Old Testament we can read how mankind, in general, kept falling short of God’s commandments, and how even when led by Moses, the people had weak days and could not sustain these commandments of the Living God on a continual basis. My conception of the Old Testament and other major religions portray to me that they are works based. God bridged this gap from the works based type in one sole act. He sent forth to earth His Son for all of mankind. This is best summarized by Jesus’ disciple John in the New Testament; John 3:16 (KJV) which says, “God so loved the world that He gave His only begotten Son, that whoever believes in Him should not perish but have everlasting life.” This is also reinforced by The New Testament in 1 John 2:1, 2:2 (NCV) which says, “But if anyone does sin, we have a helper in the presence of the Father—Jesus Christ, the One who is right. He is the way our sins are taken away, and not only our sins but the sins of all people.” In my mindset only the New Testament of Christianity offers mankind the only feasible alternative.

The unique posture that Jesus Christ offers mankind in the New Testament of Bible is His covenant that He made with God, and is expressed by Jesus at the Last Supper, in the New Testament in Luke 22:19, 20 (NCV). Then Jesus took some bread, gave thanks, broke it, and gave it to the apostles, saying, “This is my body, which I am giving for you. Do this to remember me.” In the same way, after supper, Jesus took the cup and said, “This cup is the new agreement that God makes with His people. This new agreement begins with my blood which is poured out for you.” From this point forward Christianity was born, and mankind truly had the way to enter heaven.

Jesus, during His crucifixion, said in Luke 23:34 (KJV), “Father, forgive them, for they do not know what they do”. Alone, this selfless statement by Jesus, thinking only about us, in His ultimate anguish and pain of taking on all on the mankind’s sins past, present and fut